A new cafe called Enigma has opened in Romania: it claims to be “the world’s first kinetic steampunk bar”. The stunning-looking business boasts a slightly terrifying humanoid robot with a plasma lamp cranium cycling on its own by the door and a lots of kinetic artworks churning and rotating on both ceiling and walls.

Inspired by the idea of time travel, the designers responsible for the decòr, from 6th Sense Interiors, imagined the cafe as a tribute to time and motion: ” “At the center of it is the often-visited idea of the time machine, but we all have to admit that there is more to time than just time traveling. Time is, after all, the material that life is made of; and all the details in between, which are constantly added to the common act of growing and evolution, are time constrained.”

The story of time is a story about ourselves, as the designers explain: “Universally, time is a giant clock. This is why our design story starts with a clock — not just any clock, but one that gives you the feeling of being inside it. Placed on the far wall of the bar, the clock impresses at first because of its size. 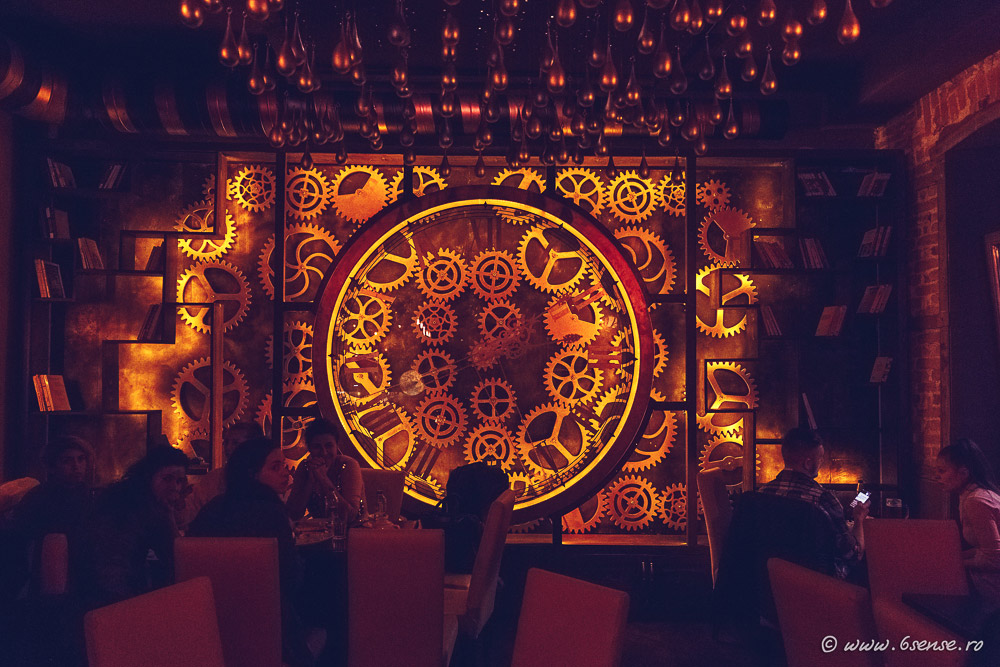 “Framed by a wooden rim, the clock offers an inside perspective, with dozens of wheels of different sizes moving at the same time. The clock is also illuminated by an LED band on the edge of the wooden frame. Mechanically, what we were trying to build here was an inside view of time itself.”

If you’re into this sort of entertainment, you can visit the establishment Enigma at 12 Iuliu Maniu, Cluj-Napoca, Romania.